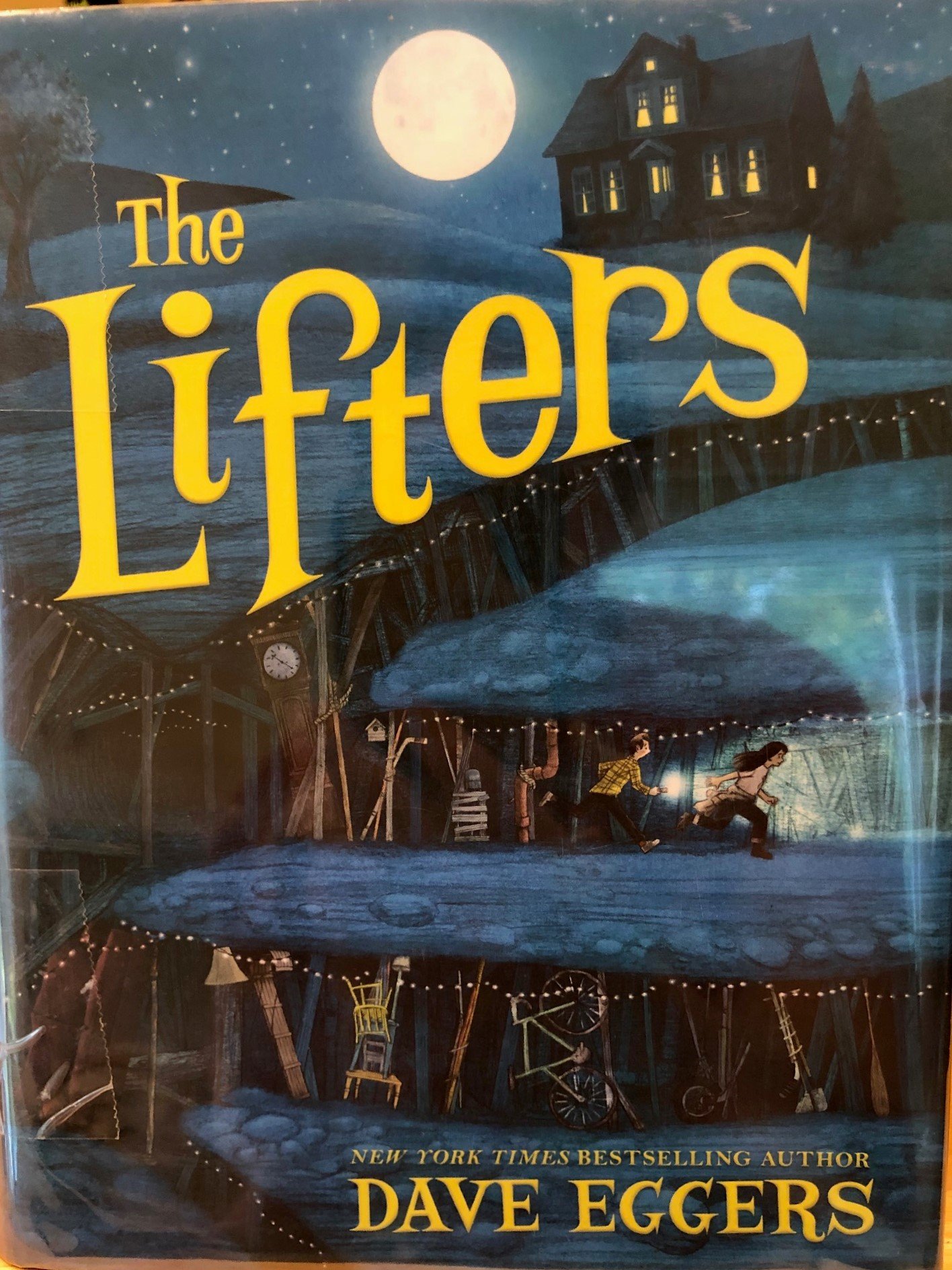 A Little Hope- The Lifters

How are you all doing? Truly- is everybody ok?

It all feels like a lot right now. Honestly, every time we get to the end of the day, I am astonished that we made it, successfully, to the end of the day. The pressures of the pandemic, hybrid school, the impending election and increasing feeling that everything in the world is just. . .off. It feels unsettling, to put it lightly. Not to mention all the other plates that we always need to keep spinning, as two working parents with demanding jobs and three kids. So, how about a book where the town is literally sinking into despair?

First of all, you know you are in good hands with this book because it’s Dave Eggers. Dave Eggers! The man behind so many great books, the founder of McSweeney’s, and a handful of noteworthy charities doing good work to highlight the underserved and underheard. With this author, you know the story is going to intrigue and propel you forward. Further, Aaron Renier’s charcoal illustrations throughout the book, especially the small foreshadowing caricatures at the beginning of each chapter, are a story in themselves. When I finished this book, I went back and read it by looking at the illustrations only, and highly recommend you do the same.

The main character is a 12 year old boy named Granite Flowerpetal. The story opens with a chapter of just one sentence- “Gran did not want to move to Carousel”. As we find in the chapters that follow, his parents had little choice. Work is scarce for Gran’s father, a mechanic, and his mother, once an artist, is now confined to a wheelchair due to an unspecified accident. She has turned from her passion- painting animals in museum displays- to raising her children. Money is tight and his parents argue often. The tension in the family rises off the page like vapor. You can feel it in the strained half-conversations Gran’s mother has with his father on the phone, in the whispers on the other side of the wall. Gran works hard to keep his mother happy, his little sister, Maisie, naïve, and to be noticed in school.

Gran’s family are not the only ones treading water. The town is struggling, too. Carousel has fallen on hard times. It was once world famous for constructing magnificent carousels, but now the factory is closed and the town is coming apart. Literally. Sinkholes are opening all the time, swallowing houses, portions of the school, even the grounds in front of city hall where the most majestic carousel once stood. The very ground the residents live on feels shaky and insecure.

The adults of Carousel are in the midst of a hotly contested vote, with many hoping to get financial support for “Propositions P&S”, while others are politicking for “Propositions M&H”. Proposition P&S is for Parks and Schools. M&H is for Moose and Helicopters. M&H supporters feel the sinkholes are caused by marauding moose, deranged and set on attacking the town. They want parks and schools’ money directed to moose control, including helicopter surveillance to alert of potential moose attack. Moose do not live in this part of the country, the narrator reveals. Supporters of M&H do not care.

Moose are not causing the sinkholes. It is a phenomenon called The Hollows. The Hollows is a deep wind, hurtling underground, eroding away stability and leaving gaping tunnels that cannot bear the weight of the world above, leading to collapse. Gran discovers this when he follows a classmate, Catalina, after school. As he watches, she plunges a silver handle into a hillside and it allows her to open the earth like a door. She describes the Hollows to Gran:

“You know sharks?” she asked
“Like, personally?”
“No. But you’ve heard of sharks, right? You’ve seen pictures of them, watched them on TV?”
“Sure,” Gran said.
“You know how they sense blood in the water and then come to feed?”
“Yes.”
“Well, this is the same thing. Only instead of sharks, its this voracious underground hurricane that thinks and feels, and tunnels through the earth. And instead of blood in the water that attracts them, its despair, emptiness, hopelessness”

Catalina introduces Gran to a system of tunnels underground, carved out by The Hollows. She uses old hockey sticks, bits of discarded pipe, and old posts from the dump to prop the tunnels up. She is a Lifter- a person chosen to help the world stay afloat in spite of the Hollows’ damage. Gran finds a handle in his family home. Its an old carousel horseshoe, made by his great-great grandfather, and he realizes he has the power to be a Lifter too. According to Catalina, a Lifter is a duty to which you are called.

So Gran joins Catalina and the ranks of Lifters. They work to “strengthen what’s underneath to allow for happiness above”. In saving the town from collapse, they discover pieces of the old carousel down in the tunnels- gold posts, a stargazer horse, zebras, elephants, and a cheetah. They unearth the animals and slowly the town brings them back to life. The carvers get back to work, repairing the damaged animals and making new ones- narwhals, Komodo dragons, even a capybara (I had to look that up). Gran’s mom’s artistic ability reawakens, painting each animal back to life. Gran’s dad uses his mechanic skills to build a new, faster platform.

The Hollows retreat, for something that feeds on despair is vanquished by hope. Suddenly, everyone in the town has purpose again. A new, refurbished carousel is installed in front of City Hall and it is wonderous. The carousel attracts visitors from around the country, and in time, around the world. Soon cities were asking if the people in Carousel could build another and another, and the whole town is righted again. Lifted. Saved.

This is the right book for right now. As the Hollows swirl below us, so much fuel for it in the present world above, I want to believe that we can all be Lifters. We can all recognize sadness and pain in others, in ourselves, and use it as an impetus to do good. We can vanquish the erosion of civility and decency with patience and hard work and hope. I hope you enjoy this book with a child who is feeling a little helpless or lost, and I hope it gives you both a little lift.

Disclosure: I am an affiliate of Bookshop.org and will earn a commission if you make a purchase on the link above. This does not affect the price you pay for your purchase. Bookshop.org supports local and independent booksellers- shopping with them allows independent book culture to thrive 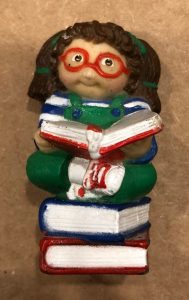 A Window- Milo Imagines the World

Maybe You are Looking for a Baby Gift? Here We Are: Notes for Living on Planet Earth